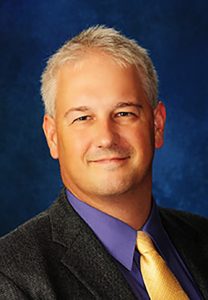 That’s what life is like for Gabriel Welsch, the new vice president for marketing and communications at Duquesne University. Welsch will start his new position on March 18.

Additionally, he also worked at Penn State University, where he was assistant to the dean for advancement and manager of publications and public relations for Penn State’s College of the Liberal Arts.

According to the Juniata College website, Welsch’s responsibilities at Juniata were to oversee operations in marketing, digital and emerging media, public relations, senior communications and brand management.

Welsch has goals he hopes to accomplish at Duquesne, citing the university’s 2018-2023 Strategic Plan.

His previous experience at Juniata and Penn State led him to take this position at Duquesne.

“The combination of the location, momentum and people made it easy to say yes,” Welsch said of his new job.

Additionally, Welsch had a decorated resume before beginning his job at Duquesne. He earned a bachelor’s degree in English in 1993 and then received his Master of Fine Arts in English in 1998 from Penn State University.

In 2011, he received a certificate from the Institute of Educational Management at Harvard University’s Graduate School of Education.

Welsch will be the first person to enter this role at Duquesne, as it is newly created.

“This new, key vice presidential position was created in response to the dynamic growth taking place at Duquesne and the importance of marketing and communications in all forms in ensuring the continued growth of the university,” President Ken Gormley said in an earlier press release.

Welsch hopes to leave his mark for future VPs of marketing and communication by achieving and exceeding their goals.

“I will feel I have done well if my colleagues and I achieve and exceed our goals, grow stronger in our skills, knowledge and creativity, and have positioned whomever follows us for the next level of success in alignment with the University’s vision,” Welsch said.

Spencer Murphy | Staff Columnist  04/26/2018 In the current environment surrounding the debate on gun control, it is hard to reach a satisfying position. The general disagreement, at least currently, is focused on automatic weapons […]

City to crack down on crowded houses

February 4, 2015 The Duquesne Duke News Comments Off on City to crack down on crowded houses

By Brandon Addeo | The Duquesne Duke South Side might be the next target of a citywide crackdown on houses with too many student tenants. Several landlords in Oakland have been fined for violating the […]