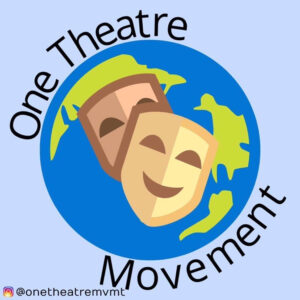 Senior Emily Rexroad couldn’t wait for her humble troupe to take the stage at the West Virginia State Thespian Conference. After weeks of rehearsals and intense preparation, Rexroad and her fellow castmates adorned their brand new costumes and began their final dress rehearsal. At last, the show was finally ready for an audience.

But just as the cast came out for their curtain call, the production staff had to break the unthinkable news to the students: this was their last night on stage. In person classes at Parkersburg High School and the state thespian conference were canceled due to the spread of coronavirus.

“All of us had some part of our year taken away from us,” Rexroad said.

Rexroad’s story is not an uncommon one as hundreds of high school theatrical productions, auditions and conferences across the country have been canceled due to the recent coronavirus outbreak.

Devastated and feeling like all the hard work of young actors would go unrecognized, high school seniors Quinn Conrath of Buford, Ga., Cameron Mayers of Pearl, Miss. and Joe Bjorkman of Delaware, Ohio decided to come together and create the One Theatre Movement, an online theatrical community dedicated to keeping the spirit of their art alive in times of social isolation.

Despite living multiple states apart, Conrath, Mayers and Bjorkman sought to use the power of social media for the good of their fellow artists in the dark days of social distancing.

“[We’re] truly uniting theater people when we need it the most,” Conrath said.

This community, primarily existent on Instagram and Twitter, seeks to give young theater artists a space to grieve and process the cancelation of their shows while providing comfort and hope to those most affected.

“Theater has this unique power to reach all types of people in a time of need,” Conrath said.

In an emotional video posted to the One Theatre Movement’s social media accounts on Sunday March 22, Bjorkman expressed his desire to preserve the young theatrical community in this time of crisis. He said he felt a specific and personal call to this work due to his prominence in the international thespian community.

“I consider myself a leader in caring,” Bjorkman said. “Theater has taught me to genuinely care.”

Overflowing with passion for the theatrical community and budding leadership skills, Bjorkman contacted Conrath and Mayers and asked for their help in creating an online theater experience where students could continue to develop their craft, despite being trapped inside their homes.

A few phone calls later, the One Theatre Movement was born.

“Theater has really impacted me, and I feel like I need to give back to what made me,” Mayers said.

Rexroad, now the state ambassador for West VIrginia, is thrilled to have the opportunity to stay connected to the theatrical community and take on this new role.

“This is going to show us what we all can do in times like this” Rexroad said.

“I never expected this to happen,” Mayers said, noting that the movement has spread like wildfire among theater students.

To capitalize on their growing momentum, the trio crafted a five day series to help showcase, celebrate and develop their followers’ work which will begin on April 6. Each day has a different focus where students are invited to participate in a wide array of online activities ranging from masterclasses with industry professionals to sharing their personal testimonies about their involvement in theater.

“It’s a great way to feel validated for your work,” Bjorkman said, encouraging theater students to post videos of themselves performing songs, dances and monologues from canceled shows.

The One Theatre Movement has even caught the attention of Broadway actress Dana Steingold, who Conrath said will be submitting a video for the masterclass day.

Their work has gone on to inspire and help connect thespians from across the world during this time of uncertainty, including Michigan resident Jada Thrash. After her final moments of high school theater and competitive acting were suddenly taken away from her, Thrash was at a loss of how to continue.

“It felt that our whole world was crashing down,” Thrash said.

However, after connecting with her state ambassador, Thrash joined the One Theatre Movement and has shifted her outlook on the current situation.

“Even during this time, you don’t have to stop using your voice,” Thrash said.

In the days to come, Conrath, Mayers and Bjorkman hope to expand the One Theatre Movement’s outreach while encapsulating the familial community often found in high school thespian troupes.

“Every single person who does theater, they provide a light in the darkness of the world,” Bjorkman said.

Thrash and Rexroad, like many others across the globe, are deeply grateful for the work the One Theatre Movement is doing.

By Raymond Arke | The Duquesne Duke Adding another dimension to Duquesne’s current housing problems, a new student housing apartment complex, unaffiliated with the university, is being constructed on Fifth Avenue, just blocks away from […]

April 14, 2016 The Duquesne Duke Columns, Sports Comments Off on Duquesne can learn from Villanova’s tourney win

By: Rebekah Devorak | Opinions Editor What happens when easy access to birth control suddenly vanishes? You get a whole bunch of babies born into families that aren’t ready for them. Imagine that. A study, […]