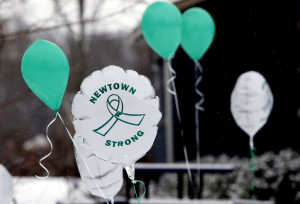 Peter Lanza, father of Sandy Hook shooter Adam Lanza, spoke about his son to the media for the first time in the March 17 issue of New Yorker magazine.

Many are still trying to make sense of the Dec. 14, 2012 massacre, where 20-year-old Adam Lanza killed his mother, six adults and 20 children before committing suicide.

With Adam being deceased, questions of his motives have gone unanswered, which leaves the public searching for answers on its own.

One possible answer that his father cites is a mental illness masked by his Asperger’s Syndrome. In the interview for New Yorker magazine, Peter Lanza said, “I was thinking it could mask schizophrenia.”

This leaves the reader and the public believing that the answer to Adam’s violent actions was a mental illness that went untreated; the reason he committed the massacre was due to the lack of psychiatric care that he needed.

However, the article mentions the family taking Adam to see multiple mental health professionals and specialists. While Adam refused to acknowledge that he had any mental issues, Lanza’s parents explored many options to accommodate their son. Peter mentions going to a meeting of GRASP, the Global and Regional Asperger Syndrome Partnership, to find out how his son could live a full life. Peter also explained how Nancy, his ex-wife and Adam’s mother, explored multiple options for their son’s schooling before deciding along with his psychiatrist that home schooling was the best option. Adam also was prescribed medication to control his social disabilities, but the side effects were extremely severe, causing him to stop taking the medication.

While it is possible that Adam suffered from an underlying mental disorder, it did not go undiagnosed or untreated due to lack of effort. Adam had opportunities to be further diagnosed, but according to the state attorney’s report, “Those mental health professionals who saw him did not see anything that would have predicted his future behavior.”

The interview with Peter Lanza also paints the picture of Adam and Nancy’s relationship. Peter explained that the mother often appeased Adam’s absurd demands. Psychiatrist Robert King, who assessed Adam at the Yale University’s Child Study Center, mentioned in his assessment the “significant risk to Adam in creating, even with the best of intentions, a prosthetic environment which spares him having to encounter other students or to work to overcome his social difficulties.” Peter continues by explaining how Nancy’s approach to parenting was obsessive and that she chose to allow her son’s isolation to keep him “happy” instead of forcing him out of his comfort zone, causing him to break down.

Peter and Nancy separated in 2001 and divorced in 2009, but Peter said that this didn’t change the lives of their children since he already worked long hours during the week. During the last years of Adam’s life, Peter was estranged from his son. Adam refused to see his son after an argument.

While Peter describes his parenting style as “docile,” one could look at this as “absent” or even “negligent.” While it’s easy to feel sympathetic for Peter based on his painful interview, one has to remember that he played a role in Adam’s upbringing. Though Peter notes that he did not visit his son because it would cause Adam more stress, Peter suspects that Adam shut him out to hide his psychological turmoil. If Peter were more active and insistent on seeing Adam, how would it have changed the outcome of events?

Since Adam committed suicide, we cannot ask Adam why he did what he did. We will never know why he decided to go to Sandy Hook and commit those atrocious acts. With that said, we still try to piece together the picture of Adam’s life to come up with explanations.

It’s easy to blame any of these factors singularly. People want to comprehend why someone would commit an unfathomable crime, an act that the majority of the population would never even consider. We want to find one reason that will allow us to understand something that we will never understand: why someone decided to murder 20 children, six adults, and his own mother.

None of the previously mentioned factors are the reason Adam committed this massacre. We can’t blame the parents or the mental illness by themselves; they all played a role in forming the psyche of Adam Lanza.

When searching for answers, we can compare Adam Lanza and the Sandy Hook massacre to other mass shootings in the U.S. But when looking at Seung-Hui Cho and the Virgina Tech massacre, Eric Harris and Dylan Klebold and the Columbine shooting and James Holmes and the Aurora movie theater massacre, the only common thread is the uncomprehendable murders that occurred. They don’t share a mental disorder and they aren’t all children of divorced parents. There isn’t a common formula to make a mass murderer; each shooter (or shooters) had a different mixture of factors that led them to their actions. We’re not going to find a singular feature that all mass murderer share that will make us understand why someone would want to kill.

All we have is a complicated backgrounds for an extremely complicated crime that we will never truly understand.

AP – FILE – In this Dec. 14, 2013 file photo, Balloons fly outside a doctor’s office on the first anniversary of the Sandy Hook massacre, in Newtown, Conn., Saturday, Dec. 14, 2013.  Newtown officials are applying for a federal grant and charities are pooling their resources in an attempt to ensure that free mental health care remains available to those who need it following the December 2012 massacre at the Sandy Hook Elementary School.  The moves come as some charities begin to run out of money. Officials say they have no real idea of how much they will ultimately need for mental health care in Newtown, and for how many years.   (AP Photo/Robert F. Bukaty)

September 12, 2019 The Duquesne Duke Features Comments Off on Pittsburgh Irish Festival went off without hitch

Ashley Newman | Staff Writer 09/12/2019 As I walked through Sandcastle waterpark, the scene looked pretty desolate. The closed park was almost completely empty, with dry pools and windows closed on every concession stand. As […]

December 7, 2017 The Duquesne Duke Opinions Comments Off on The ongoing battle between the White House and the press

January 18, 2018 The Duquesne Duke Sports, Women's Basketball Comments Off on WBB clobbers La Salle to move to 5-0 in A-10 play

David Borne | Staff Writer 01/18/2018 With a 78-50 win over La Salle at the A.J. Palumbo Center Wednesday night, the Duquesne women’s basketball team successfully extended its win streak to five and improved its […]