With the ever-changing landscape of social media and the need to share what we are eating and where we are going, there is one thing that must evolve with our age — the camera.

Samsung understands just that with the Galaxy S9 and S9 Plus, living up to its sneak-preview message, “The camera. Reimagined.” These two phones have the ability to change between two apertures based on light level, similar to how the eye adjusts. When it is dark, the camera opens to a F1.5 aperture mode to let in more light, but when it is bright, the lens changes to a F2.4 aperture to help sharpen the image.

Both phones can also achieve what Samsung is calling “Super Slow-mo.” With the chip set that is integrated into the camera, the S9 and S9 Plus can shoot at 960 frames per second. Crazily enough, this video type records about 0.2 seconds and stretches it out to six seconds of playback. For a niche audience, you can set these clips as your lock screen background (though, admittedly, it would probably get old after a while).

Do not be wary because of storage issues that might come from all of the food pictures you will take. Not only do both devices have expandable memory, but they also have Google Photos, which features unlimited storage.

What Samsung will not let go, however, is Bixby. As an owner of a Galaxy S8 Plus, I’ll be blunt — Bixby sucks. Google Assistant not only can do more, but does it all faster and more accurately than Samsung’s counterpart. That being said, the new updates to Bixby for the S9 and S9 Plus actually look promising.

Now, Bixby features augmented reality (AR) integration to help people better navigate the world. The most impressive function of this innovation: instantly translating written language. When using the camera, people can hold up their phone to a sign in a foreign language, and using AR, will be able to see what it says in their native speech. This is truly the future of a globalized world.

The other two more interesting Bixby functions are “Place” and “Food.” The first allows a user to see the location of a building in AR, showing a place marker when using the phone’s viewfinder and provides an alternative to Google Maps for walking-distance locations. “Food” makes tracking calorie intake ridiculously easy. All one has to do is point the camera at a plate of food, and Bixby can identify the meal and its nutritional value and add it to the person’s Samsung Health app.

On a Black Mirror-inspired note, Samsung released its AR Emoji, a direct competitor to Apple’s Animoji. These new personifications are made to resemble the user by taking a picture of one’s face and turning it into an emoji. Like Apple’s version, AR Emoji can track facial movements in order to convey emotions or thoughts that plain emoticons cannot.

The new speakers on the S9 and S9 Plus aid in bettering the sound experience. The phones’ speakers are tuned by AKG and are 1.4 times more powerful than previous Galaxy models.

The phones were also improved for video immersion. Using Dolby Atmos technology, you can be watching something while hearing it as if you’re, “at the center of a theater-like experience,” according to Samsung.

The S9 and S9 Plus really seem to be remarkable players in the ever-growing smartphone market. Priced at $719.99 and $839.99, respectively, both are cheaper than the iPhone X at $999.99, and both still have a headphone jack. If you are in the market for a new smartphone, highly consider one of these as your new mobile companion. 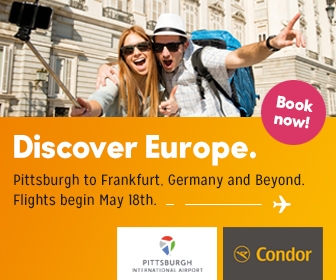 March 10, 2016 The Duquesne Duke Opinions Comments Off on Samsung phone upgrades not worth price increase

By: Grant Stoner By week’s end, the Samsung Galaxy S7 and S7 Edge will become available to the masses. According to Samsung’s website, the new features such as enhanced cameras, which allow for “a fast […]