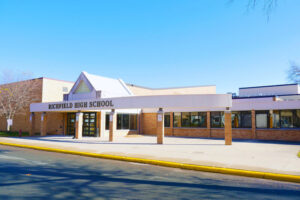 Forty students at a Richfield High School in Minnesota had their hot lunches thrown away and replaced by cold lunches by cafeteria staff after it was found out that these students were more than $15 in lunch debt.

Richfield released a statement saying that they deeply regret their actions and have personally apologized to the students involved for the embarrassment they have caused them. Richfield’s superintendent Steven Unowsky called the actions of the cafeteria staff “inappropriate.”

But, as we all know, it all starts at the top. The whole story is unsettling; this is ridiculous. Imagine the embarrassment of the students who had their lunches taken away because they owed money. The embarrassment is not the point though, it is just a part of something that has been a problem for a long time.

School lunch debt has been something that schools have tried to solve for a long time. Many parents will be in hundreds — and sometimes even thousands — of dollars worth of debt by the time their children graduate high school.

Recently, there has been an influx of stories similar to that of what happened at Richfield High this past week. Richfield High is just an extreme example. Parents have been taken to court by school districts for lunch debt, with some even facing jail time and hefty fines. That is not the solution to the problem. Parents going to jail and paying large fines for lunch debt will critically hurt their children’s wellbeing. Emotionally scarring a kid over a mediocre lunch is shameful.

The problem is that these parents should not even have to worry about lunch debt, and the kids especially shouldn’t. There have been cases recently where philanthropists have offered to pay off schools’ lunch debts. Some schools accept the offer, while in a recent case, a New Jersey school rejected a businessman’s offer to pay off school lunch debt.

There have also been fundraisers for school debt as well. It should not come to the point where private citizens start paying lunch debt or that we have to start fundraisers for lunch debt. They can donate their money to much more important causes than that.

School lunch should be free for all students in the U.S. at public schools. This is not a ludicrous proposal. A whopping 75% of parents are in debt for school lunches. Some can afford to pay the debt, and some can’t.

But that doesn’t matter.

If by law children are required to go to school until the age of 16, all kids should be provided a free hot lunch. Kids who do receive hot lunch for free because of their parent’s money can sometimes be embarrassed by that. A kid should never have to feel embarrassed because of how little money their family has.

Free lunches would get rid of that problem, and every kid would be able to not worry about lunch debt no longer. Free school lunches for everyone is something that should have taken place years ago. It solves a bunch of unnecessary problems and is something that can be afforded, because it should be a priority.