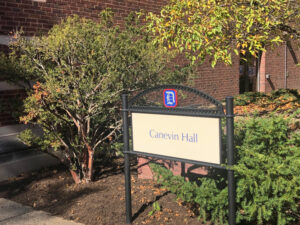 Gary Shank, the professor who was fired earlier this month for using a racial epithet, wrote letters to the Middle States Commission on Higher Education and the Pennsylvania State Board of Education Friday, asking them to investigate his termination alleging serious academic integrity violations within his department.

In the letters, Shank, who at one time was responsible to provide support within the doctoral program in his specialty area of qualitative research methodology, directed a number of dissertations he said were “excellent.” Under the previous director, Shank said he could run the program as he saw fit and the students thrived under his leadership.

However, the director of the program at that time left for another university, and Shank said switched his attention to the educational administration doctoral program for a few years. When he returned to the original program, Shank claimed that the quality of the work and students had dropped significantly. He alleged that students were being promised they could complete the program in three years, and their work was suffering.

“In my case, I put in literally hundreds of hours on more than one dissertation to correct grammar, spelling and logical sequencing,” Shank wrote in the letters. “These dissertations, which were only one step from defense, were woefully inadequate. But the three-year guarantee had to be met. In the most shocking case of all, a faculty member admitted that she, not the student, actually wrote the dissertation.”

Shank did not name that faculty member. Duquesne spokesperson Gabe Welsch said that Duquesne has not seen, and does not have a copy of any letter from Shank to the Middle States Commission on Higher Education or to the PA State Board of Education.

“Under the University’s faculty handbook, Professor Shank has 30 days to file his grievance in front of the University Faculty Grievance Committee, which is comprised of faculty members from schools across the campus. Thus far, he has not done that, although his lawyer has stated in the media that he intends to do so. Moreover, he declined an invitation from the dean to meet during the investigation that led to the recommendation for termination. Duquesne is, and remains committed to, following the proper process in this matter,” Welsch said in a statement.

Welsch said that the university does not know the context of Shank’s accusations shared in his letter.

“However, the University has to wonder why he did not share these concerns with the University administration at any time prior to this letter, and we are disappointed that he apparently has chosen to deride the students in the program and his colleagues in this manner,” Welsch said.

Welsch also said that Shank was given multiple opportunities to speak with school of education dean, Gretchen Generett, to “share his reasons for engaging in the inappropriate behavior that he engaged in during his class.”

“He declined to do so,” Welsch said.

Shank has not yet filed a grievance, according to Welsch, and has not explained his position with the university faculty grievance committee, even though the faculty handbook “provides him the opportunity to do so.”

“If Dr. Shank wishes to express his position on any issue he should follow the processes and do so appropriately,” Welsch said.

“When I got back into dissertation work with this program, I was shocked,” Shank wrote. “The students were less talented and less interested in research. Instead, some of them admitted they had chosen this doctoral program over competing local programs because the Duquesne program “promised” that they would get their doctorate in three years.”

According to Duquesne’s doctorate in educational leadership website, currently, the admission criteria to apply for the program are a master’s degree in an education or related field, five years of experience in PK-12 schools or related educational field preferred, a 3.0 GPA in graduate work and a completed application packet.

Hired with tenure in 1997, Shank was under contract to write a textbook that was in print for 15 years.

Shank was terminated from the university Oct. 7 after using the N-word in a lecture. In his Sept. 9 lecture via Zoom, Shank used the racial slur repeatedly and gave students permission to use the word. After a video went viral on social media, Shank was placed on administrative leave Sept. 11 and was eventually fired from the university nearly a month later.

Duquesne provost David Dausey wrote the termination letter to Shank Oct. 7, saying that he reviewed the report written by Generett and that, pursuant to Section 9.2 of the Duquesne faculty handbook, his “employment at Duquesne is terminated for serious misconduct.”

In Shank’s letter he sent Friday, he writes that he explicitly informed his class that he was going to use the word, and why it was important that he did, to “demonstrate how its context has changed over time along with how our culture perceives what is racist.”

“When some students expressed concerns, I apologized for making them upset and uncomfortable,” Shank wrote to the state board of education. “Other students from the class acknowledged that I was intending to teach and not harass or traumatize them.”

The Duke obtained Shank’s apology email he sent to his class following the Sept. 9 lecture. Students in his class noted that he spent the entire 50-minute lecture the next day apologizing for using the racial epithet.

Shank claimed in his letters that he has received over 20 letters of support from people in the United States and abroad. He wrote that this group includes former students — including students of color — former colleagues, “prominent” members of the Pittsburgh community, and even people who do not know him personally, but believe his firing was unjust.

“Those who know me assured me that they knew that I was in no way a racist, and that over the years my teaching methods had been valuable and impactful,” Shank wrote. “Some of these respondents also directed letters of support to provost Dausey urging the university to reinstate me.”

Shank’s letters also state that he is concerned about this action by Duquesne “not just because of its impact on [him] personally, but also how it fits into a long-standing pattern of making expedient and ethically suspect judgements and actions.”

The latter half of his two-page letter points out “serious issues” with the doctorate in educational administration program in his department, the department of foundations and leadership.

Shank cited Sept. 21 meeting minutes from a school of education faculty meeting with Generett on the record saying that Dausey said in a provost council meeting that the issue with Shank is “based on perception.”

To the state Board of Education, Shank wrote that these issues of “blatant violation of academic freedom, blatant disregard of due process and in the case of the doctoral program, the commission of academic fraud are concerns that might warrant further investigation on your part.”

Since his dismissal, the Foundation for Individual Rights in Education (FIRE) and the American Association of University Professors (AAUP) have written letters to Duquesne president Ken Gormley demanding Shank’s reinstatement. Following his termination, FIRE filed a complaint to Robert King, the assistant secretary at the office of postsecondary education at the U.S. Department of Education, writing that, “Duquesne’s departure from promises of freedom of expression is most recently illustrated by its unjustifiable punishment of faculty member Gary Shank, who has relied on Duquesne’s promises of free expression and academic freedom throughout his 23-year teaching career at the university.”

Shank’s attorney, Warner Mariani, said that they “have 30 days to grieve the termination and certainly will do so.”

Steiner poised to put Duquesne tennis on the map

September 29, 2016 The Duquesne Duke M/W Tennis, Sports Comments Off on Steiner poised to put Duquesne tennis on the map

By Natalie Fiorilli | Asst. Sports Editor Whether it is competing as a student-athlete, or taking on the role of graduate assistant, Duquesne director of tennis Vanessa Steiner is familiar with all aspects of the […]

October 29, 2015 The Duquesne Duke News Comments Off on Halloween acts as ‘pressure valve’

By Gigi Jeddi Duquesne’s pre-Halloween celebrations and decorations are creating a festive atmosphere on campus in preparation for the upcoming holiday. As these events a take place, one Duquesne professor knows why people love to […]

By: McCall Behringer | Student Columnist  This is an editorial piece, and the views of the writer in no way reflect the views of The Duquesne Duke, its staff, or Duquesne University.  Dating in college sometimes requires […]