By: Saúl Berríos-Thomas and Aaron Warnick | The Duquesne Duke 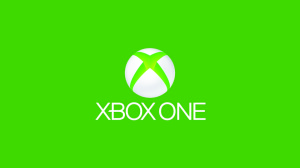 My Xbox One has been on every day since I bought it six months ago. While there are a few glaring weaknesses, I have come to cherish the console and appreciate its features and flaws.

There are many things to like about the console. The voice command is one of the easiest and smoothest features. When I sit down on the couch, I say, “Xbox on,” and the console boots up. Since I have my cable hooked up though the console, the Xbox turns on my TV simultaneously. While I am watching a show on Netflix I can say “fast forward” to skip through the show and then “play” when I have reached the part I want to watch. This system is very responsive and almost always recognizes my voice the first time. Having it hooked up through my cable is my favorite feature because I can control my TV, my cable and my gaming all with one controller, or even just my voice.

The menu is extremely easy to navigate and on the homepage is a list of the most recent five apps that I have used as well as a tile for the disc that is in the console. I can also pin my favorite apps to the homepage for easy access. I really like the “Snap” feature, which allows me to bring up certain apps on the side of the screen while I have another one full screen. I use this feature to check my fantasy team while I watch a sports game, or listen to music on YouTube while playing NBA 2K.

One thing that is very frustrating about the Xbox is the function of the game discs. The game has to be installed after it is purchased, which can take an hour depending on the size of the game. However, after the game is installed, the Xbox still requires the disc be in the console in order to play the game, to prevent people from being able to play the games for free. This is time consuming and there are easier ways to achieve this goal. When I get a new game I put the disc in and then have to spend an hour waiting before I can play the game. 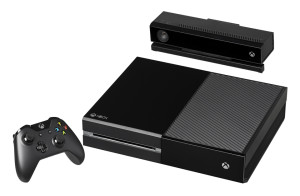 Another issue with the Xbox One is the apps that are available. I am a huge basketball fan, so I purchased the NBA League Pass, which grants me access to out-of-market games. I had to keep my Xbox 360 because it has the app for League pass, while the Xbox One does not. This is not an isolated incident as the Xbox One apps are very limited. The apps for the console should have been developed before the release of the console instead of having a huge gap, where only a few apps are available.

As I said before every game needs to be installed. This creates an even larger issue because of the limited memory space. The Xbox One does not have an option to expand the memory, meaning once I run out of space I am out of luck. Five hundred gigabytes may seem like a lot but after installing four or five games the end is closer than you think. Call of Duty: Ghosts alone requires 39 GB. I was getting close to full before I sold a few games and cleared some space.

The reason for this comparison is the release of the first big exclusive Xbox One game, Titanfall. This game had the potential to shift the landscape of gaming. It is a fast paced first-person shooter. The graphics are good and the gameplay is incredibly fun. The game is a pioneer that could be an industry leader for years. For this to be the first major release for Xbox is a huge step because, really, how awesome is a gaming console if you don’t have any cool games to play on it?

Many people have had significantly worse luck with their Xbox Ones than I have and some have broken right away, but with any major technological advancement there will always be bugs at first. Microsoft has been quick to update the system and address the issue that users have talked about. Even though the Xbox One is at a disadvantage as far as raw technology, it has had a more successful release and has shown that it will be competitive with the more powerful machines.

There were some hiccups along the way, but the Xbox One is an impressive gaming console that will be competitive and has had a great launch. While the PlayStation 4 has gaudy stats, the Xbox One has a better all-around game that offers more features to a wider audience. –SBT

Ever since both the PlayStation 4 and the Xbox One were announced last summer, fans and analysts have battled back and forth across the Internet trying to troll their preferred console into perceived supremacy. However, now six months since the launch of both systems, the dust has settled and a clear winner has emerged.

The PS4 is by far the superior piece of hardware and that is how Sony and the PS4 were able to retake that gamer core.

It was clear from E3 2013, also known as Electronic Entertainment Expo, that Sony and Microsoft had different philosophies when they were sculpting their portal to the next generation of gaming. Microsoft focused on creating the centerpiece of an entertainment center while Sony forged a gaming console with elite hardware. Packed with more powerful RAM, the PS4 outpaces the Xbox One in game performance and has a higher potential down the road than the Xbox.

And while the hardware dominates the Microsoft product across gaming forums, there is one glaring problem: the elite gaming console doesn’t have any games to play. While I am not one to dismiss Indie games, for which the PS4 has tons of support, I dropped $400 on that box to play blockbuster games on a big screen.

Sony’s launch exclusive Killzone: Shadow Fall was a beautiful game, but I was able to beat the campaign playing at a casual pace over the course of a few days and the online multiplayer left a good bit to be desired. I ended up trading it in for Assassin’s Creed 4, which plays just as well on the Xbox despite nit-picky reviews to the contrary.

The PS4 finally had a big exclusive release that sparked this discussion two weeks ago with Infamous: Second Son. This was it; finally, a game to make my early adoption of the PS4 worthwhile… except, expectations didn’t live up to the reality. The game was touted as being a meticulously designed replication of Seattle, but the developers took a swing and missed. While the hero (or villain if you so choose) Delsin Roe possesses some nifty genetically-mutated abilities that make for some stunning visuals, I felt like his abilities were wasted in a dull game set in a sad attempt to create Seattle. If I hadn’t spent so much time trying to complete all of the side missions, I would have beaten this game in a few short hours.

Infamous Second Son is not a good enough reason to drop money on the PS4. It was Sony’s chance to make up for an empty game lineup at launch and they didn’t succeed. Actually, I cannot give you a single game on the horizon that would justify getting the PS4 over the Xbox One on games alone. In fact, the Xbox One has a killer exclusive lineup right now with Titanfall and Dead Rising 3. 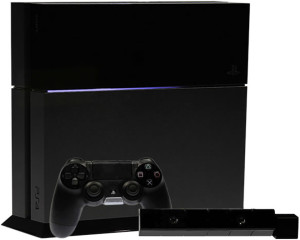 While it seems that the general consensus is that Microsoft put far too much effort in non-gaming aspects of their console, it feels like Sony put far too little into the same category. The non-gaming aspects of the PS4 fall flat. Forget about browsing the Internet on the PS4, the web app is so clunky that they might as well remove it. The Netflix app itself is nice, however, using it highlights some annoying parts of the operating system.

For example, when left unattended, the PS4 controller will turn itself off, which is generally a good thing, but it becomes annoying if you are watching a program for more than 15 minutes and want to use the controller to either click onto the next episode or make some adjustments. If you’re watching with headphones, you’ll have to go through to main menu to the system controls to change the volume. After a set amount of time, the controller turns off and you have to turn on the controller and log back onto your PSN account, a minor inconvenience, but an inconvenience nonetheless.

The PS4 offers a menu system that offers less customization than an iPhone, which is an accomplishment to be ashamed of. As of the most recent firmware update, there is no way to rearrange apps or games. The OS just orders the menu list by most recently used. Also, there is no way to remove apps from their sorted folders. So, every time I want to get to Netflix, I have to scroll over until I find the TV & Movies folder and then scroll down through that list and select Netflix even though I will never access the Crackle or WWE apps, I can’t delete them or even separate my precious Netflix from the group and pin it to the front of my applications list.

Are these reasons to buy the Xbox One over the PS4? Maybe, but probably not. It should be noted that any OS issues can be fixed with firmware updates. You can’t update hardware so easily. It may be too early to call it a round, but it looks like the PS4 has a commanding lead in this gaming generation. With Watchdogs and remastered versions of The Last of Us and Grand Theft Auto 5 on the horizon and Destiny not too far down the road, the problem of having games to play will go away soon.

I won’t recommend that you go out and try and pick up a PS4 today, especially if you have a PS3 right now. If you have an Xbox 360, The Last of Us Remastered would make for a great game to defect for. While the PS4 is the premiere console the new generation, it doesn’t look like enough game designers were ready to support the launch of either consoles. However, even though it will be ported backwards to the PS3 and Xbox 360, Bungie, the team that created the Halo series, looks to have Game of the Year on lock with Destiny. With superior hardware and what will likely be a larger online community, it might be a good idea to pick up your PS4 either in August before Destiny’s launch and well before they become a holiday item.-AW

By Grant Stoner | the Duquesne Duke Early last week, Nintendo unveiled the name of its next president, Tatsumi Kimishima, after the untimely passing of former President and CEO Satoru Iwata. Prior to Iwata’s death, […]

Kellen Stepler | Editor-in-Chief 11/5/2020 Citizens gathered around Tuesday night, glued to screens, watching the election returns come in – a Pittsburgh tradition 100 years old. A century ago, on Nov. 2, 1920, the airwaves […]

Multiplayer game Among Us tests perception and patience

October 15, 2020 The Duquesne Duke Arts & Entertainment Comments Off on Multiplayer game Among Us tests perception and patience

Kelsey Burtner & Kellen Stepler layout editor & editor in chief 10/15/20 With the current state of the world, many people are looking for ways to pass the time indoors while still staying connected with […]