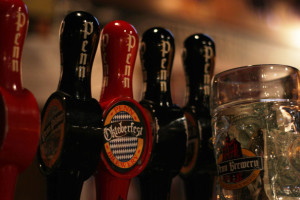 If you happened to miss the beginning of last week’s Oktoberfest activities or are looking to experience something new in terms of food and atmosphere, take some time this weekend to celebrate the German festival in choice Pittsburgh locations.

A couple of restaurants in the city are recognizing Oktoberfest, Germany’s oldest and heavily populated tradition that honors the European nation’s old agricultural and brewing practices that runs from Sept 26 to Oct 6.

Penn Brewery, one of the restaurants that will be hosting Oktoberfest this weekend, will be bringing elements of its newer brewing practices along with the classic German ideals that it was founded upon centuries ago.

“When we opened our doors we were founded as a German brewery,” said Linda Nyman, co-owner of Penn Brewery and director of marketing. “All of our original flagship styles are classic German styles.”

The German brewery Nyman speaks of was founded by the immigrant families Eberhart and Obert and constructed in the mid 1800s when Troy Hill was considered to be the Deutsche-town in Pittsburgh.

Nyman’s mention of “classic German styles” is in reference to Reinheitsgebot, or “Bavarian Beer Purity Law,” which states that only water, barley and hops are the only ingredients Germans are allowed to use in the production stages of crafting beer.

These traditional beers will be available at Penn Brewery this weekend, along with classic German foods and live entertainment in the traditional “oom-pah fashion.”

“Generally the big attraction is the Penn beer” said Nyman. “But we also serve traditional German food like wurst and hot German potato salad, pretzels, kraut with some American-style items as well.”

Penn Brewery’s Oktoberfest, which features live German music, will run this Friday and Saturday 5 p.m. to midnight and Sunday 4 p.m. to 10 p.m. There will be seven beers on tap, including Penn Oktoberfest. The event is free and cash only.

Another restaurant that is acknowledging Oktoberfest in Pittsburgh this year is South Side’s Hofbrauhaus.

The first Hofbrauhaus to open in the state of Pennsylvania, modeled after the beer garden located in Munich, tries to deliver as much German culture that it possibly can by playing live polka music, cooking old-fashioned food and receiving orders from waitresses in lederhosen. There will be additional events going on this weekend as well.

“We’ll be having a lot of live entertainment as usual this weekend, along with face paintings and balloons as well,” said Hofbrauhaus employee Michelle Scwezko. “Though you can experience Oktoberfest here nearly every day of the week.”

Hofbrauhaus’ website has a schedule of all the events that are taking place as well. Throughout the weekend, you can expect to see performances from polka outfits Steve Grkman, the Haus Band, the Bavarian Brats and Mad Bavarian.

Church Brew Works in Lawrenceville will also be hosting an Oktoberfest for this weekend. The church, converted into a beer hall and restaurant, promises activities and foods similar to Penn Brewery and Hofbrauhaus.

“We’ll be having special Oktoberfest beer on tap, special menus with different schnitzels and bratwursts and the Grkman duo, an award-winning polka band from Pittsburgh, plays music on the weekends for a couple of hours in the dining room,” said hostess Kylie Hall.

From what these restaurants plan on doing for Oktoberfest this year, the city of Pittsburgh can expect quite a bit of culture, food and of course the beer.