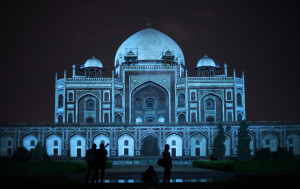 By D’Nara Cush | The Duquesne Duke

Throughout the month of April Duquesne will help spread awareness across campus in recognition of National Autism Awareness Month. Based on findings from the Center for Disease Control one in 88 American children is effected by autism spectrum disorders.

To help create awareness, events will be hosted all month long to educate faculty, students and staff about autism and autism spectrum disorders. This is the first time that the University has sponsored an awareness program for students who are affected with ASD.

The planning committee members Nick Dubous, Tammy Hughes, Susan Monahan, Rachel Robertson and Sean Weaver helped create events that would give the Duquesne community the opportunity to become familiar with the impact that autism has on campus and throughout the country.

At most of the events videos and documentaries will help demonstrate actual or portrayed individuals with ASD, and how they are personally effected by their disorder. Each of the screening will then be followed by a discussion with an expert on autism.

“We believe that allowing participants to see these videos and participate in conversations is a great way to heighten awareness of ASD on our campus,” Weaver said.

On Tuesday, the committee hosted its first of four events with a film showing. The documentary Billy the Kid, which follows the story of a 15 year old who battles through his differences as a teen with Asperger’s Syndrome, was shown.

“I don’t think students and the Duquesne community are very aware about autism or any developmental disability because it doesn’t always affect students closely, it goes by unnoticed,” said Ashley McAfee a senior public relations and English major.

On Wednesday, April 10 from 11 a.m. to 2 p.m. in the Africa Room, a student panel will discuss real life examples of living with autism in today’s society.

The final event will take place on April 12 in Room 613 of the Union. A screening of Today’s Man will be shown, which follows the story of a man who was diagnosed at age 21 with Asperger’s Syndrome.

“I believe that those involved with planning the events, are advocates, or are personally affected by autism will be the most aware,” McAfee said.

The next event will be held this Monday, April 8, from 2 to 4 p.m. in the Power Center Ballroom. The HBO film, Temple Grandlin will be shown, which highlights the story of a young autistic woman who positively overcomes obstacles through mentoring and perseverance.

“I think this gives students that aren’t exposed to people with disabilities through their major the chance to learn about them through the events happening on campus this month,” said Alyssa Betz, an education and English major.

All of the events planned were supported by donations from the Rev. Sean Hogan, Ralph Pearson and the academic deans. No formal plans have been made yet for National Autism Awareness Month next year but Weaver said he is confident the University will provide some form of ASD programming in April 2014.

Caption: Humayun’s Tomb in New Delhi, India was lit up in blue on Tuesday to mark World Autism Day. To spread awareness of people affected by autism spectrum disorders, the month of April is National Autism Awareness Month.

April 11, 2019 The Duquesne Duke Features Comments Off on Faces of Homelessness: J the flower seller

04/11/19 Grace Rosello | Staff Writer Writers from The Duke went into the city to gather the stories and opinions of people without homes. Duquesne University is located between Uptown and Downtown, where there’s a […]

Now that the semester is in full swing and professors are starting to assign those pesky paper deadlines, the amount of crime on campus is at an all-time low, seemingly. With only two crimes to […]