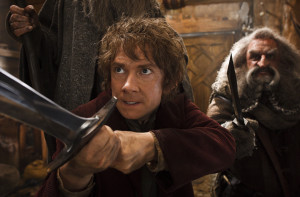 2014 is shaping to be an interesting year in cinema.

While 2015 is going to be a near unending chain of blockbusters, 2014 will be marked as the year of departures and returns. The departures and returns for this cinematic season lie with shifts with the creative personnel of films, film conventions and continuation/concluding of storylines.

I have assembled a viewer’s guide on what films to consider. Assembling this list was hard, as there were several ties on my list. I had to exclude the Captain America sequel and Guardians of the Galaxy film because I did not want to have a list consisting solely of superhero films, even though both films look terrific and tap into excellent traditions. Below is the final list I have assembled:

The Amazing Spider-Man 2 – The upcoming film from Sony Pictures promises to be another wonderful refraction of a particular strain of cinema. While the first film used the superhero sub-genre to examine the Doctor Jekyll/Mr. Hyde archetype through Rhys Ifans’ characters, Dr. Curt Connors/The Lizard, the sequel teases an exploration of 1980’s science fiction cinema. The trailer reveals Tech Noir Lighting and mechanical menace (a la Terminator) and the scenario of corporations seeing destructive power and knowledge (Aliens, Blade Runner). For comic book fans, the trailer hints that the Sinister Six – a group of super-villains dedicated to taking down Spider-Man might have its narrative roots in this film.

The Hobbit: There and Back Again – The conclusion to Peter Jackson’s prequel Middle Earth Trilogy promises a three marathon of massive fantasy fueled warfare, with the second film ending with the dragon Smaug bearing down on Lake Town, and the Necromancer/Sauron unleashing his army upon the dwarves, who were trying to reclaim their wealth and homeland seized by Smaug. Atop of the spectacle, the stakes are as high for the individual characters: it will be interesting to see how Bilbo (Martin Freeman)’s addiction to the Ring is handled, as well as the fate of the newly created character, the female elf, Tauriel (Evangeline Lilly), as well as how all of these narrative threads, large and small, are tied or cut in the end.

X-Men: Days of Future Past – The newest installment in the X-Men franchise (helmed by the series’ architect, Bryan Singer) focuses on the mutants traveling back in time to prevent their doomsday. Like The Hobbit, Days of Future Past has a massive cast of mutants: it contains most of the characters from X-Men: First Class and those from the first three X-Men films. This adds to a diversity of powers and motivations in a narrative that is set in the 1970’s and the not-too distant future. Considering how the comic source material ended up informing the Terminator films, it is yet to be seen how director Bryan Singer paints an American wasteland.
Dumb and Dumber To   – Like The Big Lebowski, the first Dumb and Dumber film became a cult hit that triumphed over a poor box office performance. But, unlike the above films, this film is something of a wild card. Considering that the directing team has had a less than desirable track record – such as the horrid Three Stooges reboot – it will be interesting to see if they can recapture the lightning that made the first film a monument in comedy cinema.