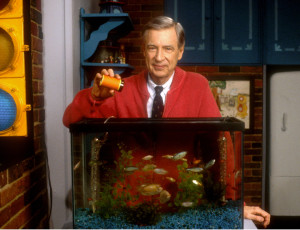 Fred Rogers hosted the children’s television show Mr. Rogers’ Neighborhood for 33 years. To honor both his and the show’s success, the museum offered free admission from 10 a.m. to 5 p.m. and hosted special guests David Newell, who played the delivery man Mr. McFeely on the show, and the Pittsburgh Symphony Orchestra.

According to the Children’s Museum’s Marketing Coordinator Mallory Laporte, visitors to the museum were able to see replicas of classic props from the television show throughout the museum.

Items such as King Friday’s Castle, the Neighborhood Trolley, an original Mr. Rogers sweater and puppets used on the show are popular exhibits throughout the year, but Laporte said they draw special attention at this annual event.

“We have visitors who are big fans of Mr. Rogers and come to see those items,” Laporte said. “It’s definitely one of our most popular days.”

Director of Marketing Bill Schlager expected 1,000 visitors on Wednesday for the museum’s event, nearly double the normal weekday attendance. He said that hosting the event on the weekend would earn a higher attendance, but the museum is dedicated to hosting the celebration on Mr. Rogers’ actual birthday.

“We’ve been very appropriate in sticking to this day for this celebration,” Schlager said. “We’re sticking to a day when a very important person was born … it’s a day when we honor a man who dedicated his professional life to helping families grow.”

According to Laporte, Newell’s yearly appearance at the event includes signings, meet-and-greets with fans old and young, songs and puppet shows.

“Mr. McFeely just works his magic,” Laporte said. “He’ll sing a song or pull out a puppet and entertain them for a few minutes. He’s very captivating to the children.”

Schlager agreed that Newell is very dedicated to his fans, both children and adults.

“The line usually goes around the room, and David will stay until every child has his autograph,” Schlager said.

An afternoon performance by the Symphony Orchestra took place in the museum’s theater, with a possible introduction by Newell, Schlager said.

The Mr. Rogers memorabilia in the museum was part of a traveling exhibit designed in partnership between the museum and Fred Rogers until 2004, when they became a permanent part of the museum’s collection.

According to Schlager, one of the most important items in the Mr. Rogers collection is a red sweater he wore on the show, one of many hand-knit by his mother expressly for Mr. Rogers’ Neighborhood.

“That’s an iconic symbol not only of the show but about [Mr. Rogers’] way of doing things,” Schlager said. He emphasized Mr. Rogers’ warmth, ingenuity and kindness on the show.

Joe Negri, who played Handiman Negri on the show and current Duquesne music professor agreed that the values taught on Mr. Rogers’ Neighborhood are what made him so popular.

“It was not only his skill with puppets, it was his program ideas,” Negri said. “He made sure they were not only interesting but useful and helpful to kids.” He also cited the show’s music as essential to the show’s personality and success.

Laporte called his lessons of forgiveness and a love of learning “timeless,” adding that the show appeals to both children who watch it and its modern spin-off Daniel Tiger’s Neighborhood as well as the adults who grew up with the original.

“Parents enjoy reminiscing about watching Mr. Rogers when they were kids and enjoy sharing that with their kids,” Laporte said. “They come for Mr. Rogers and get joy out of watching their kids experience him like they did.”

According to Schlager, the items in the museum are important reminders to the adults who watched the show as children of the values taught on Mr. Rogers’ show.

“The items bring to mind all the good experiences they had with the show as children,” Schlager said, “and how they can introduce it to their children.”

According to Negri, Mr. Rogers’ message will continue to be important even more than a decade after his death.

“I’m not at all surprised it lasted this long,” Negri said. “I think it will last forever. There’s a lot of special and unique things, but Mr. Rogers will always be unique and special. It’s special to me, anyway.” 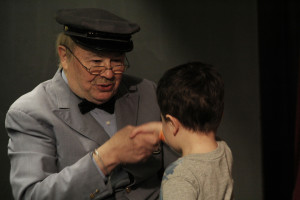 Eclipse (sort of) over Pittsburgh

August 20, 2017 The Duquesne Duke Features Comments Off on Eclipse (sort of) over Pittsburgh

Jamie Crow | Staff Writer The sun and the moon are set to rendezvous this Monday, Aug. 21. The moon will pass in front of the sun, and the resulting eclipse will be visible in […]