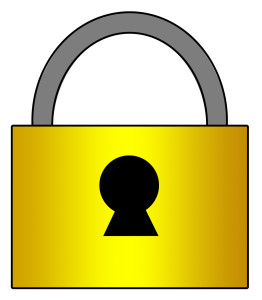 When a child goes out to ride a bike, he wears his helmet. When a fireman goes to fight a fire, he wears flame-resistant clothing. When entering dangerous situations, we take protective measures in order to prevent any possible negative outcomes.

Following this line of thought, the new line of rape-resistant underwear makes sense. But AR Wear, or Anti-Rape Wear’s clothing line is causing controversy across the country.

AR Wear is a clothing company in Nyack, New York that started to advertise the idea of rape-resistant undergarments on the fundraising website Indiegogo on Oct. 13. With only a day left until their campaign closes, the company had exceeded its $50,000 fundraising goal by over $4,000.

On their Indiegogo page, AR Wear claims “resistance increases the chance of avoiding a completed rape without making the victim more likely to be physically injured.” Their products, which will consist of underwear, yoga pants and shorts, allow females to resist their attackers in hopes of preventing the rape. The price range of these undergarments have not been established at this time.

The company’s founders believe that their product should be worn “in situations that cause feelings of apprehension, such as going out on a blind date, taking an evening run, ‘clubbing’, traveling in unfamiliar countries and any other activity that might make one anxious about the possibility of an assault.”

But will the garments be effective in situations where the victim knows the attacker? According to the Department of Justice, 82 percent of victims are raped by someone they know.

While the company has over $54,000 in support from Average Janes wanting to feel safe, critics, like Amanda Hess of Slate Magazine, feel that it’s the “comfortable, elegant chastity belt for the modern rape victim.”

Hess continues by stating “nothing makes a woman feel comfortable in her own body like a constant physical reminder that she’s expected to guard her genitals against potential sexual assaults at all times.”

Some are angered by the company’s tagline, which calls the clothing line “wearable protection for when things go wrong.” According to Louise Pennington of The Huffington Post, “Rape is not ‘something that goes wrong.’ It is a crime with a clear perpetrator who chooses to rape.”

AR Wear understands that its product is not going to stop the problem of rape. As explained on their Indiegogo page, “Only by raising awareness and education, as well as bringing rapists to justice, can we all hope to eventually accomplish the goal of eliminating rape as a threat to both women and men.”

But many feel that this product just reinforces the idea that it is a woman’s fault for getting raped. Instead of dealing with the issue of male violence in our culture, we tell women that they should watch what they wear, watch how much they drink and watch where they go.

But this isn’t a female-only issue. While the stereotypical rape has a woman as a victim, anyone can be raped. Female and males that range from very young to very old age are all capable of being victimized.

Pennington raises the question “At what age are women supposed to start wearing anti-rape clothing: 18? 35? 2? Children, both male and female, are victims of sexual violence daily. Should we be putting babies into anti-rape nappies to protect them?”

The fact that these women felt the need to invent such a garment shows the current state of our society. Belina Louscombe of Time magazine said, “getting raped is no longer considered a horrible but extremely unlikely happenstance; it’s now more like getting pickpocketed—an occurrence that only the very naive fail to guard against.”

Are the founders of AR Wear doing something wrong? Absolutely not. While some feel it’s anti-feminist and not dealing with the real issue of rape culture, it’s a proactive way that the wearer can get peace of mind. While it isn’t a guarantee that the wearer won’t be victimized, it is another protective measure from the ever present topic.

But while some don rape-resistant undies to protect themselves from rape, it’s time to deal with the real issue. We need to spread the message that “No, means no.” And no one, no matter their clothing or their level of intoxication, deserves to taken advantage of sexually.

By: Leah Devorak | Layout Editor  Another opportunity for female equality is here thanks to Sephora’s new Accelerate program, a four-month boot camp to help start-up beauty companies break into the incredibly tough makeup and […]

September 25, 2014 The Duquesne Duke News Comments Off on Tigana opens up about acquittal

By Julian Routh | News Editor Three months after he was acquitted of raping a woman on Duquesne’s campus, former student Souleymane Tigana is trying to get his life back together. “I cry every day. […]

April 22, 2015 The Duquesne Duke News Comments Off on Campus crusades against assault

Kaye Burnet | Asst. News Editor Several Duquesne organizations are coming together to participate in National Sexual Assault Awareness Month by hosting on-campus informational lectures and other educational events. According to the Centers for Disease […]