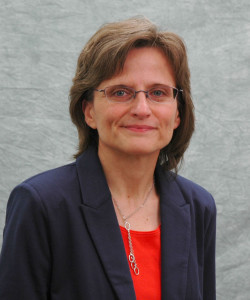 The Bayer School of Natural and Environmental Science has received a research grant of $304,000 this spring from the National Institutes of Health to help fund the research of Jana Patton-Vogt’s cell membrane study.

Patton-Vogt, a biochemist and professor at Duquesne, said that the money will be used to support students by providing them with lab supplies and anything else they may need.

“Long range, this research can help us better understand diseases that affect metabolism like obesity, diabetes and cancer,” Patton-Vogt said.

Patton-Vogt explains that the study has to do with how the cells regulate metabolism. Since these diseases have an effect on metabolism, it is important to study aspects of these membranes.

David Seybert, dean of the Bayer School, believes the research is great for the school because it embodies what the school is all about.

“The research reflects the mission of the Bayer school which is to enhance science knowledge for the betterment of human society, as well as providing opportunity for students to be well prepared for future careers,” Seybert said.

Seybert also said that grants are an important part of what their faculty does, as they need the funding to continue more extensive research in their fields.

Other than Patton-Vogt’s grant, a $431,000 grant was given to Jennifer Aitken, associate professor of chemistry. This grant was given by the National Science Foundation for the study of semiconductors, according to the Duquesne website.

Jean Chin, a program director in the division of cell biology and biophysics at the NIH, said she is very interested in the work Patton-Vogt is doing and made the decision to grant the lab this money for research.

Chin said she found Patton-Vogt’s study interesting because Patton-Vogt is looking at the lipids of cell membranes.

Chin also said that by learning more about lipids, it will be easier to understand the cell membrane and help it to maintain its proper functions.

Caption: Jana Patton-Vogt was given a $304,000 grant from the National Institutes of Health for her research.

By Nicolas Jozefczyk | Staff Writer The Chainsmokers might be ruling the Billboard Hot 100 chart with their song “Closer,” but recent comments might leave them closer to digging a musical grave. In an interview […]

August 29, 2013 The Duquesne Duke News Comments Off on Zappala shuts down South Side lounge

By Julian Routh | News Editor Following several meetings with the Allegheny County District Attorney’s Office, the owners of Levelz Sports Lounge in South Side have reached an agreement to close the bar’s doors for […]

March 15, 2018 The Duquesne Duke Opinions Comments Off on Foreign language education in the U.S. must be better

03/15/2018 By Ollie Gratzinger | Opinions Editor  If I had a dollar for how many times I’ve heard students here on the Bluff complaining about required foreign language classes, I’d be able to pay my […]