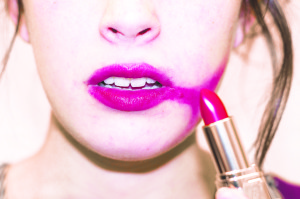 In today’s society, which is full of advocation, reform and advancement towards equality, using language in a politically correct manner has become more important than ever before.

I cannot even begin to explain how many times I have been sitting in the Union and have heard someone say, “I can’t believe my teacher did that! That is so retarded.” The word retarded is casually said by children, teenagers and even adults, and recently, a major company is taking severe backlash for their use of the “R” word.

Sephora Makeup Company recently released a new lipstick shade as a part of Los Angeles Ink star, Kat Von D’s lipstick line. The shade of lipstick was named “Celebutard,” a combination of the words celebrity and retard. According to Time magazine writer Laura Stampler, “Following multiple change.org petitions and angry Facebook posts about mocking the disabled, Sephora has pulled the lipstick this week and apologized for the incident.

Not only are parents, educators and advocates for disabled children offended by this name, but a celebrity is speaking out as well. Lauren Potter, an actress on the popular television series Glee spoke out on behalf of disabled children. Wetpaint.org said that Potter, who has Down syndrome has always been outspoken about the use of the “R” word. Potter tweeted, “Really @sephora, celebutard? Not cool.”

Young girls see makeup as a way to glamorize themselves and fit in, so in naming a product after a derogatory word in today’s society is not only offensive, but sets an inappropriate example for young girls and women of all ages.

Following the criticisms that spiraled out of control on all forms of social media, Sephora pulled the lipstick and issued a public apology saying, “It has come to our attention that the name of one shade of lipstick we carry has caused offense to some of our clients and others. We are deeply sorry for that.”

According to CNN News, “The bill changes the terms from ‘mental retardation’ to ‘intellectual disability’ and ‘mentally retarded individual’ to ‘individual with an intellectual disability.’ This shift would make it more consistent with the language already used by the Centers for Disease Control and Prevention, the United Nations, and the White House.”

The bill is known as Rosa’s law and was proposed by Barbara Mikulski, a Democratic senator from Maryland according to CNN News. The bill is named after Rosa Marcellino, an elementary school student from Edgewater, MD with Down syndrome. Marcellino was labeled retarded by her school, a label that caused her mother to seek action with representative Mikulski. The bill is founded on the notion that the names that people are called reflect the way they feel about themselves.

Rosa’s brother Nick Marcellino said, “What you call my sister is how you will treat her. If you believe she’s ‘retarded,’ it invites taunting, stigma. It invites bullying and it also invites the slammed doors of being treated with respect and dignity.”

Although Sephora issued an apology, as a society we must be more considerate of those around us, and not only how the language we use makes others feel, but how it portrays humanity as a whole. A disability rights group known as the Arc advocates for individuals and families with intellectual and developmental disabilities. Although this issue will take time to resolve completely, the Arc displays a sentiment of strength for the intellectually disabled by saying, “We strongly believe the only ‘r-word’ that should be used when referring to people with intellectual and developmental disabilities is ‘Respect.’”

By: Leah Devorak and Lauren Zawatski | For The Duquesne Duke At last, it’s that time of year when the snow melts and temperatures start to become bearable, and occasionally even pleasant. After a brutally […]

10/3/2019 Colleen Hammond | Opinions Editor Fall has arrived and brought an iconic, retro-inspired makeup look with it. The year’s global fashion weeks featured makeup styles from the ‘60s and ‘70s. This season, makeup gurus […]

By Addison Smith | Sports Editor I’m not going to lie to you. I’m a little bit nerdy (and by a little bit, I mean a lot). It’s just one of my quirks, and I’ve been that […]