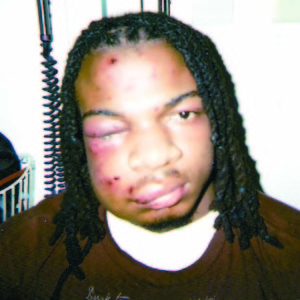 Four years after this young man was wrongfully arrested and beaten by three Pittsburgh police officers, justice has finally been served in the judicial system. The question remains, however, for Jordan Miles, now 22:
Is the ruling fulfilling?

In January 2010, Miles was walking in Homewood at night when three white police officers pulled over and chased him as he attempted to flee. The officers charged Miles with aggravated assault, loitering, resisting arrest and escape. A judge later dismissed the charges.

Miles sued, saying he was wrongfully arrested, and that the officers used excessive force.

On Monday, a verdict was reached in the civil case. The all-white jury, awarded Miles $101,016.75 in compensatory damages plus a mere $6,000 from each police officer involved.

“It’s a victory on my behalf. The jurors found the police officers to be guilty, in at least one aspect, and that’s all I really needed,” Miles said to The Tribune Review.

Are these real signs of a victory?

These are the feelings the man pictured above feels about being wrongfully arrested and beaten. These are the words of a man who has not only been physically beaten, but mentally shattered as well.

While what at first might seem like a victory for Miles and his family, the story of lives being harmed continues, Mayor Bill Peduto said in a statement.

“Events one night in Homewood four years ago have echoed through our city, our neighborhoods and our police force ever since. It has changed at least four lives forever, but it hurt us all in some way.”

This statement draws the perfect picture of not only the situation, but how this event changed Homewood and the city of Pittsburgh forever. These four lives have been changed, but it has also changed the way we look upon the police. This police brutality made us realize that authority figures are not always positive and can sometimes cause more harm than good.

The trial is a loss for civil rights. A verdict might have been decided on but so has a price for police brutality, and a menial one at that.

November 14, 2013 The Duquesne Duke News Comments Off on Duquesne to open fund for minorities

By Marie Jubert | The Duquesne Duke Duquesne announced the creation of the $1 million Cumberland W. Posey Jr. Endowed Fund this month to provide financial support to minority students during a time of a […]

What we learned from the NCAA tourney’s chaotic start

March 22, 2018 The Duquesne Duke Men's Basketball, Sports Comments Off on What we learned from the NCAA tourney’s chaotic start

Adam Lindner | Sports Editor 03/22/2018 It largely goes without saying that one of the most futile exercises in all of human existence, let alone sports, is attempting to forecast the NCAA Tournament’s many outcomes. […]