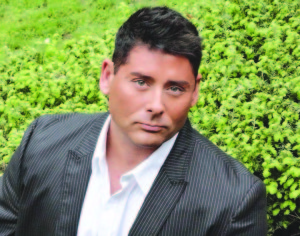 Rohn Neugebauer was an active member of the North Hills community in greater Pittsburgh. The co-owner of the popular hair salon Studio Raw worked endlessly to give back to the community. Neugebauer was named one of Pittsburgh’s 50 finest in 2012 by local publication Whirl Magazine. He raised $14,000 dollars for The Cystic Fibrosis Foundation, was an avid member of the Make-A-Wish Organization and raised $7,000 for the Center for Organ Recovery and Education.

His family, friends, and the entire Studio Raw community were thrown into shock when on March 16, 2014 when Neugebauer passed away suddenly from a fatal heart attack. To continue his giving legacy, Neugebauer’s partner Dan Burda and family members tried to donate his tissue to the many people in need of organ donation.

However, these healthy organs from a man who dedicated his entire life to giving back to the community were denied. Why?

Because of his sexuality.

According to the Center for Disease Control and Prevention, men who have sex with other men in the preceding five years should be excluded from donation, regardless of how healthy or suitable their organs and tissue may be for donation. This leaves a dying hopeful who could have his or her organ donation wish granted waiting another day for that glimmer of hope that their life will continue.

Organ donation is not the only area of discrimination for gays in the area of life saving. Gay men are prohibited to donate blood, another vital medical necessity that could save numerous lives.

The FDA classifies all gay men in the highest-risk blood-donor category. This is the same category as IV drug users. Even men with a clean bill of health such as Neugebauer, a gay man, are considered more of a threat to the blood supply than a straight man who was treated for chlamydia, syphilis, gonorrhea, venereal warts and genital herpes within the past year, according to NBC News.

Coincidentally, April is National Organ Donation Month and according to Donate Life America an average of 18 people die each day from the lack of organs for transplants. In 2013, there were only 14,013 Organ Donors compared to the 28,052 needing transplants.

When we turn 16 and apply for a driver’s license we are asked the question, “Do you want to become an organ donor?” You always pray that the moment will never come that your organs are needed, but when that day does come, do you want to be in the position to save someone else’s life?

In a world full of progress and change, we constantly see our culture evolving. We have seen the legalization of gay marriage and the acceptance of gay and lesbian couples, so why should prejudice remain in the field of medicine? Is there not a better way of going about this issue?

A man’s sexuality does not warrant an automatic association with a fatal virus infection such as AIDS.
It is ironic that someone perfectly healthy who has donated so much money and effort to an organization is denied for presupposed conditions that any straight person could possess as well. “It really makes me nauseous to think they declined him. I think it’s very prejudiced, implying that basically that gay people all have AIDS and HIV,” says Burda.

Although Neugebauer was denied, his story has been shared on all forms of social media outlets. Spreading the word that change is necessary. Hopefully with the exposure that the issue receives, the generalizations of society will begin to cease, and we can put aside these presuppositions and keep in mind the true goal of organ donation: saving lives, not judging lifestyles.

Carley Thieret is a junior multiplatform journalism and advertising major and can be reached at thieretc@duq.edu

By Shivani Gosai | Opinions Editor 9/28/17 The international community and media has identified the Rohingya as the most persecuted minority in the world. The Rohingya are a stateless minority with a long history of […]

By Duke Staff Can a Twitter account start a revolution? Probably not your Twitter, but the U.S. government may have achieved this in Cuba. Launched in 2010, the U.S. Agency for International Development overtly created […]