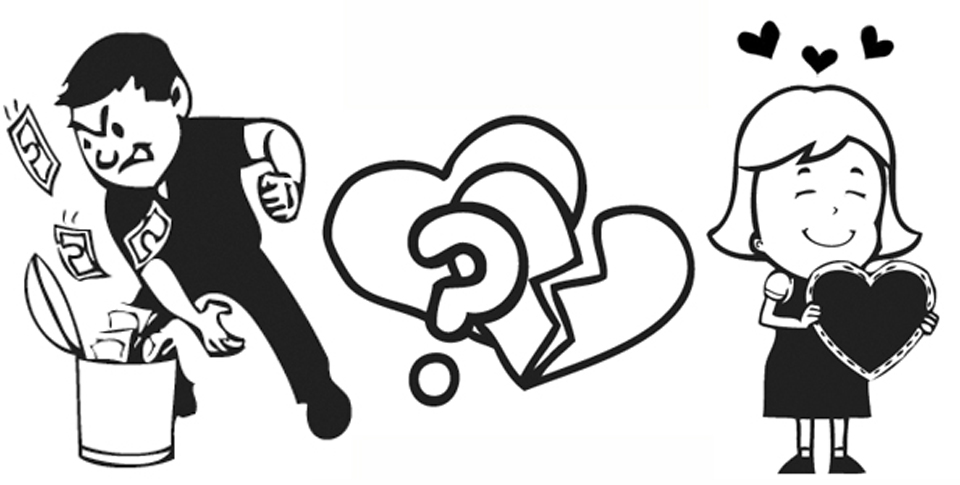 I have been struck by cupid’s arrow. No, I am not in love with Justin Timberlake or Ryan Gosling, but I do have a satisfying relationship with Valentine’s Day.

Every year around this time men and women encounter the holiday that is so very dreaded by many. Some pretend it’s just another ordinary February day. Others are angst-filled and resentful. But still there’s another group of people, like myself, who can’t get enough of it. Valentine’s Day may be a holiday made up by the greeting card industry and some may consider it silly, but I am quite keen on celebrating with candy and plush toys. In short, I love the day that celebrates love.

The way in which Valentine’s Day got started is quite unclear, even today. Roman legends paint St. Valentine as quite the valiant hero. The story, as told by Discovery News’ website, says that Valentine was a Roman priest who continued to marry young lovers after Claudius II outlawed the practice. Another tale of Roman descent says that Valentine could have been a man helping people to escape from prisons. After he was captured and jailed, a young woman, supposedly his jailer’s daughter, visited him and talked with him. Just before he was beheaded he sent her a love letter signed “from your Valentine.”

Throughout the Middle Ages, mid-February was thought to be the start of the birds’ mating season, adding yet another layer of romance to the winter holiday. Starting around 1400, it became common for lovers, especially young lovers, to send notes of affection for one another during that time of year. During this point in history, St. Valentine was one of the most popular saints in all of England and France.

This year, and for the past 100 years, celebrating Feb. 14 includes flowers and candy, not love letters written behind prison bars. The Greeting Card Association, a group of 200 American and international greeting card publishers, estimates that around one billion valentines are sent each year, making it the second most popular greeting card holiday behind Christmas.

I shouldn’t like this holiday, I really shouldn’t. It’s intensely commercialized and can make men and women of all ages feel obligated to buy their Valentine another gift, right on the heels of Christmas. Each year, though, I can’t help but fondly think about bright pink M&M’s, a stuffed Minnie Mouse and a few flowers from my dad and get at least a little bit excited.

My elementary school self-delighted in creating a Valentine’s Day box to be home to the valentines I would receive. The entire day would be dedicated to passing out cards and candy and looking in awe at everyone’s decorated boxes. One particular year I spent approximately one month covering the box for my Razor scooter with pink tissue paper and making it into a castle, drawbridge included. I wasn’t concerned with the fact that I was 11 and single. I just wanted to collect cards.

For some women (and some men), Valentine’s Day is a bitter reminder of why they are not, or maybe have never been, in a relationship. Normally, I am a cynic in just about every single way, but when it comes to this particular holiday it seems as though I can’t help myself.

Though I try to have a realistic outlook on life in general, when it comes to the idea of sweeping romantic gestures and spending the day together with my loved one (whether I have one at the time or not), I cannot help but feel like my insides have turned to bubble gum pink with happiness.

It truly is not about receiving gifts, but giving them. Normally, I’m mildly certain I walk around campus with a scowl on my face and a certain amount of bitterness in my heart. But as soon as the clock strikes midnight to start the day on the 14th, there is an insatiable urge within me to pass out Disney Princess themed cards with Dum Dum lolipops taped to the fold.

Valentine’s Day isn’t a day to wallow in self-pity because you don’t have a valentine to share it with. Celebrate with your friends and family. It’s the Katy Perry pop song of holidays: you know it’s probably low quality and produced en masse as a huge money-making scheme, but you can’t help but admit that it is your jam. Valentine’s Day is a reason to get a kitschy heart shaped box and let yourself eat some chocolate and feel the love.

Crissy Holtzer is a sophomore journalism and public relations major and can be reached at holtzerc@duq.edu.

Be a Valentine’s Day Victor: Three easy, surefire ways to win even the coldest of hearts on Cupid’s big day

February 11, 2016 The Duquesne Duke Features Comments Off on Be a Valentine’s Day Victor: Three easy, surefire ways to win even the coldest of hearts on Cupid’s big day

By Rebekah Devorak | Opinions Editor While some cynics out there might declare Valentine’s Day nothing more than a “Hallmark Holiday,” it’s a wonderful opportunity to be extra-sweet to those you love most. Be it a significant […]

February 14, 2019 The Duquesne Duke Features Comments Off on Plans for a cheap, easy Valentine’s Day

02/14/2019 Ashley Newman | Staff Writer Valentine’s Day is just around the corner! While the holiday is meant to be a fun way to show your significant other how much you care about them, it […]

Romancing or Wasting; Baby, I don’t want to buy you anything more

February 14, 2013 The Duquesne Duke Opinions Comments Off on Romancing or Wasting; Baby, I don’t want to buy you anything more

By Georgie Flynn | Student Columnist As Valentine’s Day approaches, dark clouds loom over the heads of those who hate the holiday that was more or less created by Hallmark. Men in particular seem to […]